The late 18th century marks a major dividing line in the history of Tarot culture.  Prior to that era, the Tarot, as a sacred text, was merely implicit—that is, it does not seem to have been a conscious object of study or reflection. Up to that point it is very questionable whether or not the Tarot was even looked upon as a tool of divination, generally speaking—much less as a source of spiritual wisdom or psychological insight. Rather, it was primarily (if not exclusively) thought of as a card game—a source of entertainment (primarily for the wealthy, but later for the masses, as well). 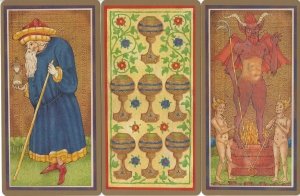 Nevertheless, as we shall see in section 6, its symbolic iconography does not require that we analyze it in order to benefit from it.  And while there was a good bit of variation between some of the early Tarot decks, a basic unity and integrity seems to have emerged fairly quickly.  This integrity was preserved (and in some ways seems to have culminated) in the Tarot of Marseille (the final form of which, at this stage of the game, was printed by Nicolas Conver, circa 1760). 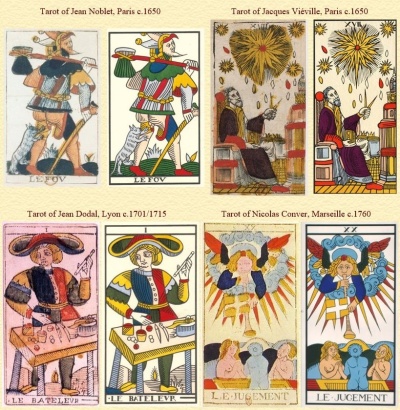 Beginning in the late 18th century, however— less than a generation after the advent of the Nicolas Conver deck —people began to reflect on the Tarot in an entirely new way, consciously approaching it as a source of hidden wisdom and/or a tool of divination.  This is the first watershed moment…

[ See also: Outline of Seminal Figures in the History of the Occult Tarot ]

Without getting ahead of ourselves with regards to the particulars, it was from this point forward that people begin to look for symbols of traditional wisdom and esoteric philosophy in the Tarot and began to redesign the cards with those symbols in mind. As such, for good or for ill, the Tarot began to change. And, arguably, the advent of the Waite-Smith Tarot (in 1909/1910) constituted a second watershed moment in the history of those changes, encapsulating much that went before, while at the same time providing the impetus and inspiration for the many, many hundreds of new Tarot decks that have been created since then. 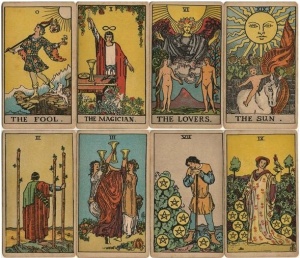 It is with these two watershed moments in mind, then, that we take these two decks—The Tarot of Marseille and the Waite-Smith Tarot —as our point of entry into both the timeless tradition and the contemporary culture of the Tarot.

—>  3. Comparing the Marseille and Waite-Smith Tarots